The Women’s Right Movement was a time (and still is a time) in which women are actively shaping how society treats the female members of its society. Because of this, there is much more discussion on how women should be raised. This can be a good or bad thing. While there is more talk of female empowerment, women also grow up under more scrutiny and societal pressure to conform to whatever the local ideals are.

Men also face pressure to conform to societal ideas of what is manly, but we live in a time in which our society is not sure what that means. Many of the male ideals were attacked and shown to be misogynistic. Their expulsion from the ideal of what a man should be is welcome. It is time for there to be a discussion among men about who they wish to be.

Real men repress their emotions. Real men are self-reliant. Real men are aggressive and apathetic. These are the messages we get about masculinity in our society. We get these messages from a variety of sources, including TV, film and video games. And they come from a variety of people in our lives, including peers, parents and coaches, according to Ted Zeff, Ph.D, a psychologist and author of Raise An Emotionally Healthy Boy: Save Your Son From The Violent Boy Culture and The Strong Sensitive Boy: Help Your Son Become a Happy, Confident Man.

However, teaching boys these misguided ideals about real men unfortunately can lead to health problems, failed relationships, violence and so on.

An emotionally healthy person is “someone who’s in touch with their inner self and expresses their full range of emotions, including sadness, fear and love,” he said. They have empathy toward others.

Emotionally healthy isn’t synonymous with powerless or pushover. It means being assertive, instead of aggressive, and setting limits.

If we teach them not to feel their emotions, empathy, for example, is the ability to get into some else’s shoes, understand what they are feeling, and respond accordingly, which requires that we have access to our own feelings. If boys are taught not to be in touch their own feelings, how can they tune into the feelings of others? 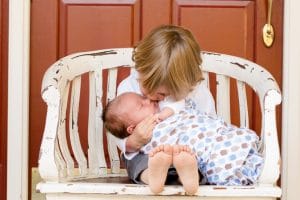 Raising an emotionally healthy boy will focus on helping your son manage his feelings. Many of the natural urges of men are demonized and suppressed, such as a tendency towards violence and aggression, or maybe a higher focus on physical relationships.

This leads to a polarization of how these issues are treated. Either local male society rebels against the constraints and becomes more violent or focused on sexual relationships for example, or men are taught to feel ashamed of their urges and try to suppress them.

It will be your goal to help guide your son. Teach him never to feel ashamed of his feelings, and help him find ways to express them in a healthy way. From a young age, teach him the words for his feelings. “You’re feeling angry because he took the toy.”

Help focus feelings of competition on personal improvement. Be careful to remember that boys are more likely to put pressure on themselves to succeed, and much less likely to verbalize the pain of failure. Teach them that lessons can be learned from situations that didn’t work out the way they planned.

Help him discover what a man should be. Teach him to be conscious of his peers and his effects on the people around him. Don’t just teach your daughter to rely on the buddy system at college parties, teach your sons how they are expected to treat the women in their lives. Boys tend to be less emotionally responsive at all ages. When they are younger, they have a harder time discerning emotions from facial expressions.

1. Explore your own beliefs and upbringing. “Many men were raised on the old-fashioned belief that strength lies in stoicism. Consider if you’re perpetuating this myth, and what you can do to change it,” Zeff said. To learn more, he suggested reading books such as William Pollack’s Real Boys: Rescuing Our Sons from the Myths of Boyhood.

2. Make your home a safe space to express emotions. “Give your son unconditional love and support, and never shame him for expressing his feelings,” Zeff said. “When you blow it, tell him. When you’ve made a parenting mistake, be honest with your child.”

“Because school can pressure boys into repressing their emotions, knowing they can safely express their feelings at home is even more important,” he said.

3. Monitor your son’s exposure to violence. “It’s hard raising a compassionate boy amid a cruel and violent culture. Monitor the media your child is consuming, including TV and the Internet. Let him play positive, nonviolent games, such as Guitar Hero,” Zeff said.

4. Maintain a dialogue. “As boys get older, it’s harder to monitor their exposure [to the media], but we can always talk about it,” Zeff said. Talk to them about the images they see and the lyrics they hear. For instance, he said, you might ask, “What do these lyrics mean?” and “How will that affect you?”

5. Expose your son to positive things and real heroes. “Expose him to other cultures and faiths, which fosters connection and avoids the us versus them mentality,” Zeff said. “Watch movies and read books that show great spiritual male heroes, everyone from Christ to Moses to the Buddha.” Help them cultivate an appreciation for classical and other positive types of music.

If your son loves sports, teach him about real heroes. In Raise an Emotionally Healthy Boy, Zeff mentions the like of tennis pro Arthur Ashe, who worked against apartheid in South Africa. Football player Pat Tillman, who left his sports career to enlist in the U.S. Army and also baseball player Lyman Bostock, who donated his one-month salary to charity.

6. Involve your son in compassionate acts. “Take your son to volunteer”, Zeff said. “Work on helpful projects together. For instance, fathers and sons can work on a carpentry project to fix up a neighbor’s house,” he said.

7. Avoid interrogating your son. “It takes boys a little longer sometimes to respond to questions,” Zeff said. So avoid putting your son on the spot. Instead, “be open and available. When they do want to come to you, listen to them, rather than lecture” he explains.

8. Encourage your son’s input. “If you’re making rules, encourage your son to come up with input about family rules,” Zeff said. “For instance, you can have family meetings. This shows your kids that you’re listening to them and taking their thoughts into consideration,” he said. It also makes them “more willing to come to you when something difficult is happening in their life.”

9. Avoid criticizing your spouse in front of your son. “If you’re divorced, it’s crucial for mom to avoid belittling dad in front of their son,” Zeff said.  Instead, “point out his good qualities. Sons typically view their fathers as role models. Your son might develop a negative self-image and start emulating the part of dad you’re criticizing,” he said.

10. Teach your son to set limits. “Again, being emotionally healthy doesn’t mean letting others walk all over you. Teach your son to be assertive, stand up for righteous behavior, and not tolerate disrespectful behavior from others,” Zeff said.

When boys pass puberty, they will legitimately have less variance in their emotional states due to a lack of competing hormones and regularly fluctuating hormone levels. Don’t project a complicated internal emotional life onto him, but teach them how to express himself so that when he is feeling something, he doesn’t become consumed by it.

As a last tip, remember that men of all ages are (generally) more focused on physical communication than women. Hug your sons, at any age. If your son is having trouble focusing, touch his shoulder and look him in the eye when speaking to him.

I have been a professional nanny working with children of all ages for over 15 years. My work has taken me all over the globe and I have had many amazing adventures with the families that I have worked with, all of which has taught me a great deal about how to make parenting less stressful.

I helped create Mothers Lifestyle in order to share parenting tips and secrets that I learned along the way, as well as to provide life-saving tools and advice from the world’s leading experts that I rely on every day in my professional life.

What You Need to Know About Kids and Coronavirus

How to Teach Mindfulness to Children

Best Toys to Boost Your Toddlers Development with Child-Directed Play 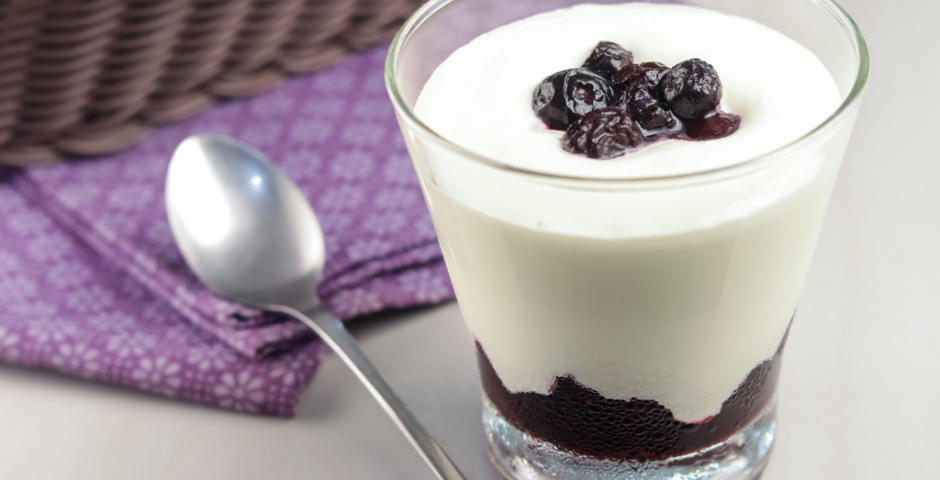 The True Meaning of Halloween and How Best to Celebrate

This site uses Akismet to reduce spam. Learn how your comment data is processed.

This website may contain referral commission links, which means we may get paid commissions on sales of products or services that we recommend or write about. Our editorial content is not influenced by advertisers or partnerships. This disclosure is provided in accordance with the Federal Trade Commission’s 16 CFR § 255.5: Guides Concerning the Use of Endorsements and Testimonials in Advertising.