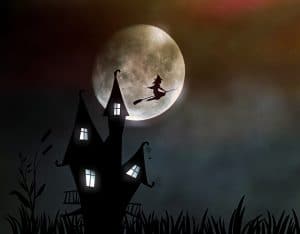 Today, when we think of Halloween, we think of kids wearing costumes, ringing doorbells and getting candy. We think of haunted houses and parties featuring spooky decorations and fun treats right? However, do you know how Halloween started and why?

Let us look at the true meaning of halloween so that we can teach our children and make the most of this magical celebration:

Halloween goes back at least 2,000 years and its origins have nothing to do with candy. It is actually based on the Celtic festival of Samhain (pronounced sow-en). This festival marked the transition from summer to winter, which was also regarded as the Celtic New Year. It was also something of a festival of the dead, as Celts believed that spirits roamed the earth on that night. 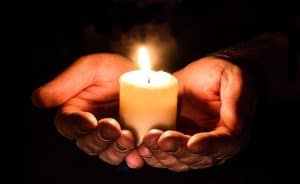 And yes, to this day All Hallow’s Eve is when the veil is the thinnest to the Spirit World, making communication much easier. It is a powerful time to commune with ancestors, those who are deceased, saints and angels etc. This is not a scary time, however, a special one remembering our deceased loved-ones and/or honoring saints and angels!

You can do this many ways, one is by creating a sacred space/alter (with photos, candles, special item of that loved-one) and then taking time to speak any words to that loved-one that you did not have the chance to speak to that person when they were alive. You can say whatever you wish to.

You could also commune by calling them into your meditation. Ask to receive guidance from them for your life currently, for example, if you are having any issues you need help with.

Also, if you say prayers or gratitude in the evening with your children, you can make a special mention of them and include a few words to that loved one.

Like the modern Halloween, Samhain was celebrated on October 31st. However, the activities undertaken on that night were quite different from those in which we participate today. The Celtic priests, called Druids, would build huge bonfires, and the people of the community gathered around them, throwing in crops and animal sacrifices. The Celts did wear costumes, which were initially made up of animal skins and heads, but later included masks designed to look like the faces of spirits. The purpose of the costume was to hide the wearer’s identity from the spirits.

Legend has it that on this night, the presence of spirits made it easier for the Druids to predict the future. There were also certain rituals that anyone could perform in an effort to predict certain things. For instance, young, unmarried women were encouraged to place an apple under their pillows at bedtime so that they would dream of their future husbands. They would also comb their hair or eat an apple by candlelight while looking in a mirror in hopes that they would see the reflection of their future husband peeking over their shoulders.

The festival of Samhain was celebrated exclusively by the Celts. But when the Romans conquered most of their territory, Samhain was combined with two of the Roman’s festivals. One of the festivals was Feralia, which was also a festival of the dead. The other festival honored Pomona, the Roman goddess of fruit, whose symbol was the apple. This is believed to be the origin of the Halloween tradition of bobbing for apples.

The day after Halloween is currently known as All Saints’ Day in most cultures. A sacred and holy day honoring all Saints, known or unknown, and living or not. You can also celebrate them by making a special alter with pictures or statues of any specific saints you wish to honor, for example, St. Francis of Assisi or St. Teresa. 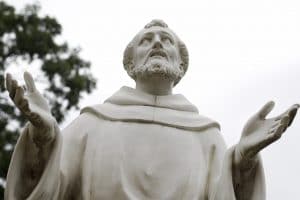 The way we celebrate Halloween today is quite different from the way the Celts did it. Yet we can find traces of customs from ancient times in todays way of celebrating Halloween. By studying the holidays origins, it’s easy to see why Halloween is regarded as such a spooky and magical time. I know many people, including myself, who have had very powerful experiences communing with deceased loved-ones at this time as well as saints etc. Make the most of this opportunity when the veil to the spirit world is at its thinnest!

I have been a professional nanny working with children of all ages for over 15 years. My work has taken me all over the globe and I have had many amazing adventures with the families that I have worked with, all of which has taught me a great deal about how to make parenting less stressful.

I helped create Mothers Lifestyle in order to share parenting tips and secrets that I learned along the way, as well as to provide life-saving tools and advice from the world’s leading experts that I rely on every day in my professional life.

The 5 Love Languages – The Secret to Love That Lasts

Benefits of Breast Feeding vs Formula – Without Mom Guilt

60+ Awesome Experience Gifts your Kids will Remember- Ideas for All Ages!

Coconut Oil for Your Skin? Cellulite, Age Spots and More

How to Find your Mom Tribe

This website may contain referral commission links, which means we may get paid commissions on sales of products or services that we recommend or write about. Our editorial content is not influenced by advertisers or partnerships. This disclosure is provided in accordance with the Federal Trade Commission’s 16 CFR § 255.5: Guides Concerning the Use of Endorsements and Testimonials in Advertising.